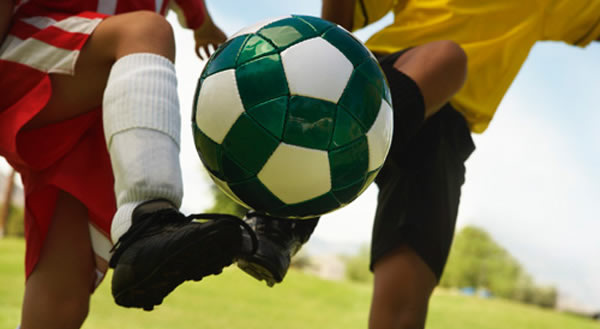 There’s only a few months now until the much-anticipated 20th FIFA Football World Cup 2014 kicks off in the party-loving country of Brazil, from 12th June to the 13th July 2014.  It is only the second time that Brazil has hosted the competition and the last time was way back in 1950.  Brazil have used their considerable skills and tenacity to win the World Cup more times than any other team – five times in total, and are the only team to have qualified for and played in every single World Cup.  An excellent footballing prowess and pedigree, that will hopefully also translate into a memorable and successful World Cup – with England the victors obviously!

Many of us will be cheering England on from our armchairs back here in the UK but some lucky fans will actually be travelling to Brazil to support the team more directly.  If you are one of the lucky ones who are travelling to this huge and exciting country, click here for An England Supporters Guide to the Brazil World Cup 2014.

To celebrate this exciting global sporting event, we recently held a fun survey competition to find out what children in this country know about the upcoming World Cup, the country Brazil, and the English football team.  We requested that parents ask their children a few questions, and we wanted to know their genuine replies, as there were no ‘right’ or ‘wrong’ answers.  Our winning respondent was chosen at random to receive a copy of the newly-released World Cup Fever 2014 book.

The responses made for interesting (and sometimes, very funny!) reading, and the results have been compiled and computed to come up with a few statistics.

The children who took part in the survey were all boys, so it seems that there is still a gender bias at play regarding which gender is interested in football – or perhaps parents assume that girls wont be interested?

As you can see, there was a fair spread of primary school-aged respondents, with over half aged 10, but no-one at all aged 5.  It’s heartening to see that there are youngsters of all ages that are interested in the beautiful game!

This question was designed to gauge exactly how football-focused the youngsters taking part in the survey, were.  The vast majority were indeed footie-mad (82%) and only 9% had little or no football experience.  So most of these young-footballers-of-the-future should know a thing or two about the World Cup and the England team in general.

Where will the 2014 World Cup take place?

This was an interesting one, as we wanted to see how many respondents actually knew that this year’s World Cup was happening in Brazil – had it seeped into their consciousness? After all, it had been all over the news, and it seemed like the news was hard to miss, from an adult perspective.

A majority had indeed registered that Brazil was the venue for the next World Cup. Interestingly, a fifth, believe that London is the venue – perhaps they have got confused with the recent Olympics! It would be nice if it was a bit closer to home…  Other locations identified were Germany and Australia.  Germany have held the World Cup twice, the latest time in Berlin in 2006.  Australia (not a great force in World football!) have never held the event, this wont be changing within the next 8 years, as the event in 2018 will be held in Russia, and in Qatar in 2022.

Can you name the current England manager?

Cheeringly, the vast majority of children knew the name of the current England manager, and people who ‘had no idea’, also had little or no footballing experience, so that was no surprise.  Roy Hodgson has had the ‘poisoned chalice’ role of England manager, since May 2012 and England is the fourth national team that he has managed.  Let’s hope he leads us to victory this time around!

Who do you think is England’s best player?

Inspirational and experienced midfielder Steven Gerrard is the top of the pile regarding whom the children rate as England’s best player.  He was England Player of the Year in 1997 and captained the team during the 2010 World Cup Finals in South Africa.  He plays his club football for Liverpool.

Also, getting a mention are Tottenham Hotspur’s Jermain Defoe and Chelsea’s Frank Lampard.

It seems that the stalwarts of the English football team are more well-known to young footballers at present, perhaps some of the rising stars of the English game, will be shooting out of relative anonymity in the upcoming World Cup?

Which team do you predict will win the 2014 World Cup?

Most of the boys surveyed thought that the current World Cup holders Spain would win it again this time round.  Optimistically, 27% of them thought (or hoped!) that England would be victorious this time around, even though we have only won the cup once – way back in 1966.  18% put their faith in Brazil to win on home-turf, which may be a sensible prediction, as the previous four World Cups staged in South America, were all won by South American teams.  Other teams highlighted were Italy and Germany, who both have good World Cup pedigrees.  It only remains to be seen, if one of these countries, or another, will win this year.

What year did England last win the World Cup?

Over half were aware of the legendary significance of the year 1966, when England last held the World Cup aloft, on home soil.  Other years that were identified were fairly random, with the majority, not even being World Cup years.  I’m not sure of the logic behind the guess of 1870, suffice to say that the World Cup was not held that far back, the first was in Uruguay in 1930.

What do you know about the country Brazil?

This was an interesting question, and obviously, nothing to do with football – but just to find out what the children know about the country of Brazil itself.  Would they be aware of its amazing size?  – it is officially the 5th largest country in the world, Would they be aware of the culture? The carnivals, the samba and the melting pot of nationalities.  Would they be aware of the geography of this ecologically diverse region, with its amazing beaches, rainforest and famous urban centres? Or what about the less positive aspects of Brazil? The problems with criminality and violence, the poverty and social inequality and the protests that have marred the build-up to the World Cup.

There were diverse responses to this question, and they are represented in the Wordle above – the larger words are mentioned more often in the boy’s responses.

Here is a selection of responses –

Overall, they are a fairly well-informed bunch, some of it may be slightly awry, but I think they covered a lot of ground between them!

The funniest response (which makes me chuckle every time I read it) was most definitely one of our younger respondents – who thought that Brazil – was a nut covered in chocolate! Too cute!

We obviously wish the England team the very best of luck (and an avoidance of the dreaded penalty shoot-outs) in their World Cup campaign in Brazil.  We know of a few footie-mad youngsters who will be rooting for you all the way and dreaming that they will be part of the England team in years to come.