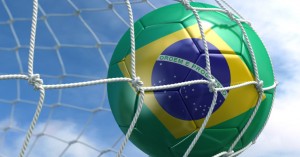 Excitement and anticipation are slowly building across the globe, for the fast-approaching World Cup in vibrant Brazil – including in our office.  The Wall Chart and facepaints will soon be making their way into the building, and we will all be rooting for England (apart from a minority of footie-phobes, who will be bringing in the earplugs and resolutely ignoring the football fever as it builds!)

For many children, the spectacle of the world cup is especially enthralling, particularly if they are keen footballers themselves.  They can look forward to 4 weeks and 3 days of scintillating skills from footballing superstars and battling minnows, as 32 nations compete to hold aloft the much-coveted Jules Rimet trophy as champions.

England may not be fancied by many commentators, but that won’t stop England supporters both young and old from ardently supporting the team, whether it be as a lucky spectator at the games, or as an armchair viewer.

To help get you in the mood for proceedings, we have gathered a collection of World Cup activities and resources together, that we hope you (and your children) will enjoy.

World Cup 2014 Quiz: which England legend are you?

Further to this, we’ve put together a ‘Football Frenzy Puzzles’ worksheet which you can download below as well as a fun true and false quiz: 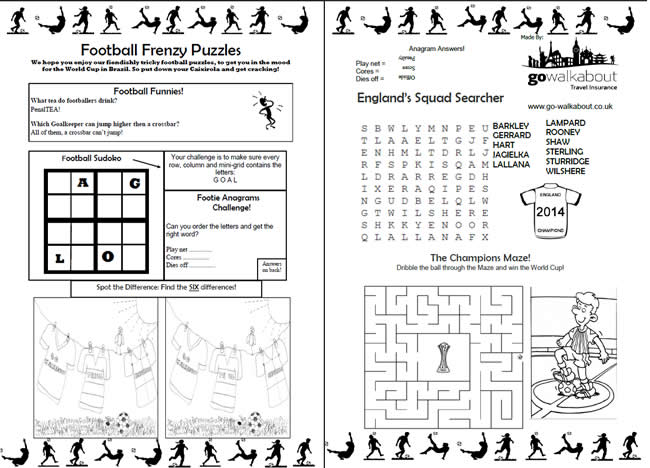 Test your knowledge of the upcoming World Cup in Brazil by deciding whether the following statements are true or false.  You can check your answers as we have listed the correct answers further down the page.