Mark from the Go Walkabout team recently went on a 10 day holiday with his wife to the Falkensteiner Hotel and Spa Iadera in Petrcane, Croatia. I’ve gathered his thoughts into a review of this luxurious Winter sun escape. He was tempted to book this high-end half-board Autumn break by the promise of 5* luxury at a reasonable price.  Mark got a good deal for his stay through Fleetway Travel on Travelzoo. 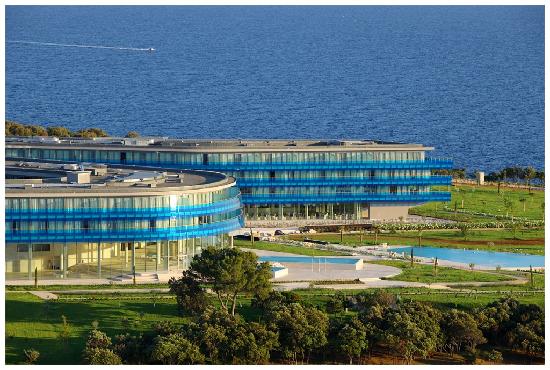 I’ve asked him a few questions about his stay, to find out why Mark was so impressed by the hotel that he classed it as “the best hotel I have ever stayed at.”

The hotel was amazing 5* luxury and on a reasonable budget.  The hotel was geared up to pure luxury and relaxation and it was very much an adult hotel.  Children would have been bored by the lack of entertainment.  There is a sister hotel next door that looked like it had water slides and would be far more family-orientated.

We had access to the spa facilities that boasted 3 saunas, earth sauna, Finnish sauna and a bio-sauna. There were also two steam rooms – one normal, and one salt steam room.  This was supplemented by relaxation rooms where you can simply lie on either a water-bed or sun bed and watch the day drift pass.

The hotel offered outstanding service and a relaxing atmosphere, and we enjoyed making the most of a few of the spa treatments – some of which were complimentary – they were all very good and reasonably priced.

The hotel rooms are first class – spacious, well-appointed and cleaned to the highest standard.

The hotel is in a remote location, but you can take an approximately 4k walk (which takes about 40 minutes one way) to the local village where there are a number of restaurants, cafes, two mini-supermarkets and a bakery.

As Mark travelled out of season, a lot of the restaurants were closed.  With the quality of food in the hotel however, you don’t really need to leave the hotel for a meal.

What attractions are in the locality?

Locally, there is not a lot to see or do in Petrcane.  The area is famous for its pine forest coastline with crystal clear waters. In high season, it is evident that the main attractions are centred around the bays and water, as there were signs for jetski hire and other marine activities.  The most popular activity seems to be chartering a boat for a day to visit the many secluded islands and their bays off the main land.

Another popular excursion is a daytrip to Zadar. A trip there is well worth it.  It is 150kn each way by local taxi or you can walk into Petrcane and get the local bus that has an hourly service into Zadar for 15kn each way.  One tip is to bear in mind that the return bus stop is opposite the one you get off in Zadar.  The return bus stop is in the street up from the bus stop you get off.  Many people made this mistake ….and yes, Mark was one of them!

Zadar is famous for its sea organ and rich history.  Mark enjoyed strolling around the old town taking in the local markets and cafe culture.  One of the most imposing landmarks is the remains of a large roman forum, which you can stroll around and imagine how life must have been in the town.  A fairly new addition to Zadar’s attractions is the imaginative public art installation of the  Sea Organ, which is very unusual, but definitely worth a visit.  It is visible as a set of several stairs that descend into the sea.  Underneath them, are 35 pipes of different length, diameter and tilts.  There are whistles on the pipes which play different notes, as the movement of the sea, pushes air through them.  It is very therapeutic to sit nearby and listen to the soothing sounds that are created.

In the evening, there are many restaurants to choose from, and a visit to the art installation ‘The Greeting to the Sun’ is a must.  The lightshow beneath your feet complements the rhythm of the waves and the sounds of the sea organs.  This show of lights on the Zadar waterfront starts performing after sunset. 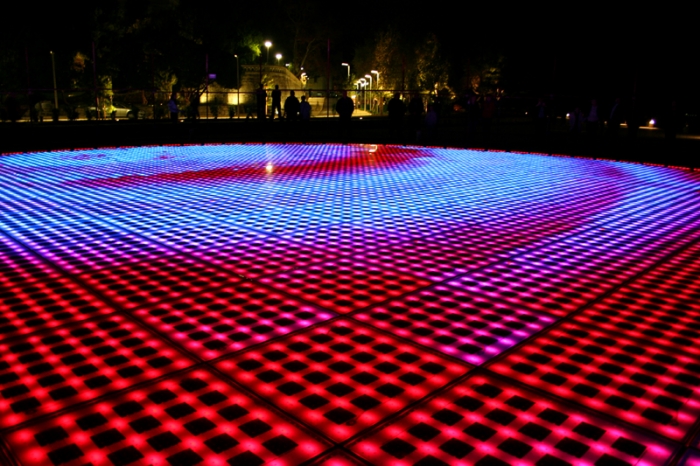 What was the food like in /out of the hotel?

The hotel food was like dining in a Michelin starred restaurant – definite 5 star service and quality.  Breakfast was a buffet that included lots of choice for all preferences, it included fresh juices, smoothies, an array of pastries and also hot food.  Dinner was a 5-course a – la – carte affair, each course was not a big portion, but by the end of 5 rich and sumptuous courses,  this was more than satisfying.

Despite the amazing food on offer in the hotel, Mark and his wife did venture out for a meal in Zadar one night.  They chose a restaurant called Bruschetta.  Mark sings its praises, including the compliment that the calamari was ‘to die for’ and is ‘the best I have ever tasted’.  A three course meal with a good quality local Syrah red wine called Korlat came to a total of 425Kn, so not bad value for two at £42.50. He would highly recommend this as a dining experience as you can not only enjoy the food on offer, but also enjoy the sun setting over the islands whilst winding down after a hard day of relaxation!

Anything else to be aware of

It is worth knowing in advance that some of the residents enjoying the spa facilities prefer to do so in the buff (but it is not a problem if you prefer to wear a towel) and you may also encounter nudists on some parts of the beach.  The cost of things in the hotel that aren’t included as standard, can be high e.g. certain drinks can come with a very high price tag, so it’s worth checking the price of things before you order.

You can check out the reviews of other travellers on Trip Advisor to see if they had such a positive experience as Mark, who would love to return to this blissfully relaxing hotel.