The dream holiday you’d most like to find in your Christmas Stocking…
Our Fantastic Food Writing Competition Winners and Finalists!

The entries in our recent food and travel writing competition were a feast for all of the senses, and certainly got our mouths watering in the office. From adventurous experimentation with street food to catching, cooking and consuming your own meal, not many culinary stones went unturned as you served up your tales of travel and the cuisine you experienced along the way.
We teamed up with Sous Chef, purveyors of international ingredients, cookware and culinary gifts, to run the competition and were delighted with the entries that we had. We received anecdotes from around the globe and across the culinary spectrum – and it was great to see that food not only enhances travel experiences, but inspires people to be more open and experimental cooks and diners even when they return home.

The judge in our competition was Jessica Donnithorne, who works as a Marketing Executive at Sous Chef and is well-qualified for the judging role: 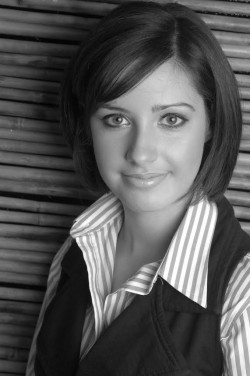 “As a student of French and Spanish I spent a year studying pâtisserie in Normandy and have been obsessed with food and travel ever since! Before joining Sous Chef I taught English in San Sebastian, Northern Spain, though in reality most of my time was spent devouring mouthwatering pintxos, discovering restaurants off the tourist track and blogging about my experiences. Whilst I’ve laid down roots in the UK since then, my palate has done nothing but travel since I started working at Sous Chef in London. In the Sous Chef office we’re always trying out exciting new ingredients, putting together cookbook sets inspired by world cuisines and developing recipes for the Bureau Of Taste. That has to be what I love most of all about food – no matter where you are or what the weather’s like a single dish can transport you to places beyond your wildest dreams!”

She kindly cast her eye over our top ten entries and then picked out her winner and runner-up.

The winner was Phillip Shortt who wrote a great piece about his experience of catching mackerel (rather covertly!) whilst in France. Phillip is the well-deserved recipient of our winner’s prize of £100 of Sous Chef vouchers, and he can choose to spend his voucher on any of the inspiring products available on their website.

This is why Jessica was so impressed with Phillip’s writing: A really rounded short story that flows well. Manages to balance humour with an appreciation of the beauty of fresh fruit de mer. The author allows the produce to shine through the narrative, avoiding overembellished descriptions and leaves us wanting more!

I have a live and kicking mackerel in my hand and my fishing companion is gesticulating from the other end of the harbour wall. I can’t understand what he is trying to tell me as he is shouting in French.

It’s the middle of December in a small but charming fishing town in Finisterre. The sky is a leaden grey and the rain is lashing towards me in a horizontal direction; but I don’t care. I am jumping up and down with delight at my first ever catch.

Finally, my pal overcomes his need to bellow en francais and just screams in English, “Don’t let anyone see you.”
“What?”
I know it’s not the biggest fish anyone has ever caught but he cant be that embarrassed to be seen with my tiddler.
“It’s illegal,” he tells me.
“Illegal?”
“Yes, its out of season. We can’t land any mackerel.”

But if I am on Interpol’s most wanted list, then so too must be the Charcuterie I visited earlier that trip where I had been introduced to the delicacy of mackerel rillettes.

It’s Sunday afternoon and no-one else can be seen in the harbour. They are all, sensibly, recovering from a few too many of the local aperitif, Ricard. In the holiday season the town is alive with tourists and the sun beats down on the returning boats laden with their catch. But now, in the depths of winter, the only witness I have for my moment of glory is a squabble of seagulls, eager to relieve me of my catch, and a pal who is getting tipsy knocking back Muscadet.

The irony is that I thought I disliked sea food. Yet, I have spent the weekend enjoying nothing but Fruit de Mer. I had my first taste of Lobster, delicious; fallen in love with langoustine, served with a simple home-made mayonnaise; and tucked into coquille Saint-Jacques, though confess I avoided the orange roe.

But while I daydream of curling up with a glass of sancerre to wash down a simple dish of lemon sole, a second mackerel is on my line, eager to be caught, and I’m really in trouble, now.

“Do you want to be arrested?” my pal says. “Catch a sea bass instead!”
I wish I could, I had eaten one the day before and that was a true revelation. Along with a starter of local oysters, with a squeeze of lemon, it made a meal I will never forget.

But my pal has had enough, he hasn’t had a single bite and looks as if he immersed himself in the Atlantic Ocean. Time to head back for a bowl of steaming Breton Fish stew.

But what about the two mackerel I caught? Did I make my own version of rillettes which tingled the taste-buds? I couldn’t possibly say. I plan to return to that lovely fishing town, in the near future, and Interpol might be on to me.

Our worthy Runner –up, who receives a Sous Chef Round the World Chilli Tour Set, was Jennifer Watts, who reflected on her initiation into the eclectic Japanese street-food scene.

This is why Jessica was so impressed with Jennifer’s tale: The author successfully guides us through her initiation into Japanese food. The story is well structured with an amusing anecode about takoyaki which keeps it light.

Here is her piece:

Arriving into Tokyo’s Narita airport, I was filled with a sense of both joy and dread. I’d been planning this trip for years, and I couldn’t wait to see the sights. That was the joy. The dread? That all came down to the food. Don’t get me wrong, I love to eat, but I love to eat things that I can recognise, things I can pronounce, and things that are most definitely dead long before they pass through my lips. In Japan, I wasn’t sure that any of those things could be 100 percent guaranteed.

I’ll admit I started slowly. Accustomed to spending my holidays in the USA, land of fast food, I began my adventure into Japanese cuisine by dipping my toes into the waters, ordering a juicy burger from a local chain, enjoying some yakitori with the suited and booted ‘salarymen’ at the izakayas, and eventually spending each morning perched on a stool in a Japanese curry house near Shinjuku station. Ordering a spicier dish each day, I eventually had my loyalty card stamped which showed that I had proven myself, and was now able to order off the super spicy menu. It really was like a rite of passage.

Things were going well. I’d successfully used chopsticks to eat my bento box on the moving train, I’d sat down to a 7 course shabu shabu meal, and I’d even visited the ‘food theme park’ where I’d devoured a tub of garlic flavoured ice cream, which really wasn’t as bad as you’d think. I was navigating Japan’s food scene like a pro and, feeling more and more confident with each passing day, I’d keep pushing the boundaries, trying new things, and yes, even biting into fish that was still squirming a little. Nothing could stop me…. until I took a walk through Yoyogi Park.

Each street vendor here had huge queues. As I got closer to the front, I could see the design on the sides of the stalls – cute little octopuses. I imagined the food to be something similar to calamari – one of just a few fish dishes I was partial to back home. I ordered, I paid, and I picked up one of the six bite-sized balls in the container. As I took a bite, my whole body froze. I could feel the chewiness of the suckers (which are mostly tough muscle) and the sliminess of the tentacles, and I was soon trying to discretely cough up little bits behind a bush. A bit of research back at my hotel told me i’d had takoyaki – deep fried diced octopus.

I tried a lot of weird stuff over in Japan – barbecued sparrow on a stick, catnip lemonade – but takoyaki is one food that will always stick out in my mind. Japan, I love your cuisine, but takoyaki? No thanks.

Huge congratulations to both Phillip Shortt and Jennifer Watts, and thank you to everyone who took the time to enter.