Our journey consisted of a 5,000 mile flight to Boston, Massachusetts followed by an hour’s car ride along Highway number 3 to the stomping ground of probably one of the  most famous families in the world, that of the Kennedys. There may be a town in the vicinity called Mystic but there was nothing mystical or magical about the queue of traffic on the Sagamore bridge, the gateway to Cape Cod, though there was a grain of comfort in seeing signposts for familiar sounding towns such as Falmouth, Yarmouth and Sandwich.

The fairy tale began when, courtesy of a New England travel company, we drew up outside Oyster Bay Cottage, a white weather boarded single storey dwelling with fly screened windows and doors and obligatory picket fence. Rustic charm was followed by good old fashioned American hospitality when John and Ellen Culver, our neighbours and landlords, invited us over for drinks and a dip in the pool. Note how easily we slipped into the American way of using surnames, signified by our discussion with fellow guest Mary Goodman who enquired if we knew her good friend Lord someone of somewhere. We didn’t, so we repaired back home where the wickedest witch of all storms had the children cowering on mother and father bear’s bed; the homespun cosiness of the cottage turning into something altogether more malevolent as the incessant drip of the tap into the claw-footed bath was drowned out by the encircling wind. Even the air-conditioning unit rattled for mercy as the rain hammered at the shutters.

The storm cleared the air but had stirred up the midges to such a frenzy that a beekeeper’s outfit would have come in handy as we ran the gauntlet of biting beasties to fetch the bikes from the garage, so that we could take a leisurely ride along the largely traffic free roads of Cotuit. We went in August which, along with July, is considered one of the best months to enjoy the beaches of the Cape Copd area because it is generally warm enough for swimming, but not so humid as to get uncomfortable. The average temperature is 75 degrees. Winter lasts from mid November, with snowfall into early spring and, in the words of a Cape tourist office, Springtime is ‘crap shoot’.

Those beaches! Cotuit has enough sand for the children to bury each other up to their necks in it but was intimate enough for their elders to eavesdrop on the conversations of the grandparents, mothers and children who escape to Cape Cod for their summers. It seemed the menfolk would arrive at weekends and swap their New York Times or Washington Post for the local Barnstaple Patriot newspaper. Osterville beach was longer and wider and we did get a bit sniffy about the number of people on it. After either or both, you just have to pay a visit to the Four Corners Ice Cream Parlour where every conceivable flavour is for sale in this former blacksmiths.

Beach means water, so what better way was there to see how the rich and famous live than by an outing in Ellen Culver’s 210 Montauk? A sport fishing boat also called a Boston Whaler. From Cotuit Bay we headed round to be within a respectful viewing distance of the Kennedy Compound, a waterfront property along Nantucket Sound in Hyannis Port. The Yacht Club also featured high on Ellen’s list of places that local residents go to find the people you have to know. There is a John F Kennedy Museum in Hyannis and a 1.6 mile Legacy self guided walking trail which explores the family’s rich history with stops at ten important Kennedy sites.

The Boston Whaler was a far cry from the jet powered boat that we boarded at Barnstaple one morning. It took over an hour to get out past the Cape. As the foamy sea spray freshened our faces, we passed mile upon mile of weather boarded cottages and houses interspersed with long strips of sandy beaches and dunes. The chrome fenders of the American sized 4 by 4’s glinted in the sun, the vehicles moored alongside colourful beach towels, BBQ’s and beach chairs in addition to their boats.

Out of sight of land an ominous quiet fell as the engines cut out. Then someone shouted ‘There’s one’ and I wouldn’t have been surprised if the boat hadn’t listed to the left as the 400 passengers hurried to the other side of the boat to catch our first view of a whale rising majestically rising from the water. It was an unforgettable sight.

Back on dry land we sampled the not so aesthetically pleasing Cape Cod Mall and a short ride along route 6, the king’s Highway, saw  the children enjoying the delights of Pirates Cove adventure golf with many a recorded parrot squawking and ‘ooh ah ooh ah jim lad’ when the balls were holed. We found the children were not a familiar sight, or welcomed  in bars, and whilst we would have preferred more authentic surroundings, we found the chowder-serving Hearth and Home appealing because it was a child friendly chain reminiscent of places back home.

We never made it by boat to Martha’s Vineyard, but though untried and untested I would commend it to readers. Instead, our last stop before heading back to the ‘mainland’ and the Mayflower at Plymouth was a visit to the craft shops of Sandwich. There was a stately old white Church which reminded me of all the episodes of Peyton Place I watched during my misspent youth and, strangely, in that flash of reminiscence, the essence of Cape Cod in its desire to hang on to all things traditional, hit me and I guess that’s the same with fairy tales too isn’t it?

Image of ‘Sunset, Cape Cod – Explored’ by JD on Flickr

Feature written by  Carol A. Dennard, author of ‘Driving through hoops, A Games Maker’s tale’, which is available to buy on Amazon 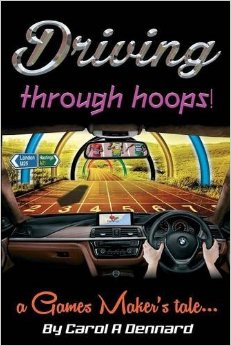