Summer Holiday tips for travel with the Grandkids
Do you dream of emigrating away from the UK?

My wife and I visited New York for seven days last year to celebrate a significant, round numbered birthday! It was an amazing week with a full day of sight-seeing every day and, although we visited the main places we wanted to see, we barely scratched the surface of what is an incredible city. I will try to give an overview of the best days out, from the obvious places to visit to the less obvious, how to get around the city and a little of New York’s history.

My first tip is to consider buying tickets for the attractions you want to see before leaving the UK. We purchased a New York CityPass which costs the equivalent of $116 each and gives access to the following top New York city attractions:

This proved to be a great investment as it saves 40% on the cost of going to each one individually and saves time queuing to buy your tickets. Admittedly, we did not make it to the Metropolitan Museum of Art but it was still well worth the money. One thing to remember is to take your passport or driving licence with you to the first attraction you visit so that the CityPass can be activated. If you are interested in history, a visit to the Immigration Centre on Ellis Island is a must. I will elaborate later.

We stayed in a hotel in the Mid Town area of Manhattan which was perfectly placed to visit all of the above attractions as well as Grand Central Station, Central Park, Macy’s and Times Square. Breakfast was included and we were within walking distance of an array of restaurants which kept us well fed. Most evenings we stayed around the Times Square area, but towards the end of the week we visited Little Italy and had a lovely meal in a friendly Italian restaurant. Little Italy is shrinking fast as neighbouring Chinatown expands.

Probably the easiest way to get around Manhattan is a three day pass on the Hop On Hop Off Bus Tours which has a downtown tour loop through Southern Manhattan, an uptown tour loop around Central Park, and tours through Brooklyn and The Bronx/Harlem. This is not the quickest form of transport available as there are numerous stops on the routes but the open top deck is a great way to see the city and learn about the buildings you are passing, from a running commentary given by a tour guide on the bus. The pass cost $49 each and gives unlimited access to the buses over the three days. The lower deck of the bus also gave us welcome shelter on the way back to our hotel when we got caught in a torrential downpour. It rained so hard that the water was running down the stairs from the open top deck!

Our first stop was the magnificent Brooklyn Bridge which spans the East River and connects Brooklyn with Manhattan. Construction started in 1870 and when it was completed in 1883, the bridge was the longest suspension bridge in the world and, effectively, joined together two different cities as Brooklyn did not become part of New York City until 1898. The bridge’s history did not start smoothly though. Soon after it opened, there were fears and rumours that the bridge would collapse under the weight of people and horses crossing it. So, in 1884, showman and circus owner P T Barnum crossed the bridge with twenty one elephants to prove that it was safe (and, no doubt, to promote his circus).

Stopping half way across the bridge gives great views back towards the Manhattan skyline and the Statue of Liberty. We spent ages on the bridge enjoying the views and taking photos and returned again in the evening to get some great pictures of the lights along the shoreline after dark. 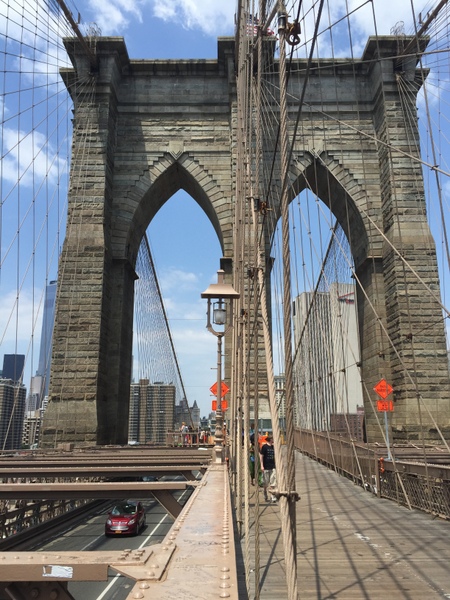 We also made good use of the famous New York subway system, starting our first ride from Grand Central Station on East 42nd Street. The station is well worth a visit even if you are not planning to use the trains. The architecture is spectacular and the station includes an underground food hall and an array of shops including an Apple store with a giant Apple logo – just right for the ‘Big Apple’! The staff at the information centre were very helpful, giving us a map of the subway system and explaining how to use it. The subway costs $2.50 a ride, regardless of the distance. The ticket machines issue you with a MetroCard which you swipe at the barriers to gain access to the platforms. We kept the same card for the whole week, sharing it between us and topping it up with $10 at a time.

The routes can look complicated at first, but we soon got used to it and found it easy to find our way around. There are five different coloured lines running roughly north to south through Manhattan. Each one is allocated a series of numbers or letters which tell you which stations the train will stop at. So, using the map, if you want to go to a station marked with a 2 on the red line, you know you will need to get on at any station marked with a red 2. The colours, numbers and letters are displayed clearly at the entrance to each subway station and on the front of the train so that they are easily identifiable when they arrive at the platform. To make sure that you are travelling in the right direction, you just need to remember that northbound trains will be at the Uptown platforms and southbound trains will be at the Downtown platforms.

One of the highlights of our stay and, perhaps, one of the lesser known attractions was the visit to Ellis Island which can be combined with a trip to the Statue of Liberty (Liberty Island) by way of a triangular ferry trip from Battery Park to Liberty Island, on to Ellis Island and finally, back to Battery Park. Our tickets gave us access to Liberty Island but not to go up to the top of the statue. It is possible, however, to buy additional tickets to access the statue itself. We were happy to walk around the island, take photos of the statue and enjoy the views back towards Manhattan. The striking thing about the statue, apart from the size, is the green colour. It is made of copper and was originally a dull brown colour. Over the next twenty to thirty years, however, as the air and water reacted with each other, the resulting oxidization has produced the green colour we see today.

Ellis Island was the gateway to America for more than twelve million immigrants during the late nineteenth and early twentieth centuries. Thousands of migrants from Europe and beyond would have passed through the Immigration Centre each day between 1892 and 1954, escaping religious persecution, oppression, war, drought and famine in their own countries.  The island was re-opened to the public in 1976 and a fascinating museum now fills the building that housed the Immigration Centre. We spent around four hours exploring the museum and finally left on one of the last ferries of the day. The main hall has been restored and the walls are covered with pictures of what the hall looked like in the past with rows of seats and rails as well as pictures of people who passed through the building which helps to bring alive the human stories of the migration process. It is amazing to see the variety of national dress and how few belongings the majority of people were able to bring with them. It must have been incredibly hard passing through such an intimidating building in a new country with a different language, after a long sea voyage and not knowing where you would end up.

Parts of the upper floor contain re-creations of the dormitories that would have housed people who could be detained for days or weeks at a time, showing us the cramped conditions they would have lived in.

Downstairs, situated in what was once the Railroad Ticket Office, the new ‘Peopling of America Center’ is an interactive tour of the history and growth of America, chronicling the journeys made by migrants to reach their new home. The exhibition also provides information about Native Americans, the gradual spread of the population across America and includes an audio commentary to guide you around the hall. We only found out afterwards that this exhibit had only been open to the public for a month so we felt very fortunate with the timing of our visit. The link below gives more information. 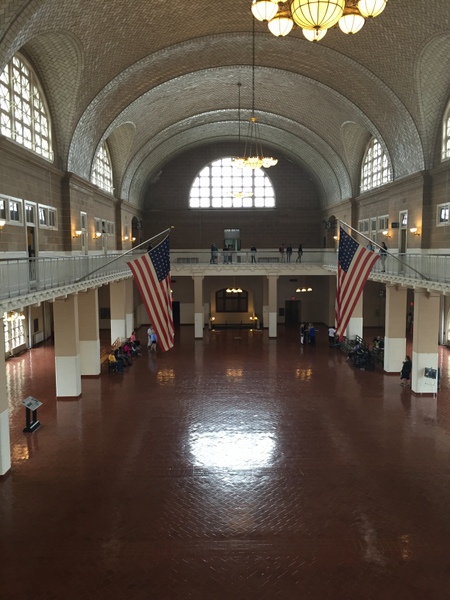 I can also highly recommend a helicopter tour. I had never been in a helicopter before and thought what better place to try it? It wasn’t cheap at around $200 per person for a twenty minute ride but it is a breathtaking experience. To be honest, I probably wouldn’t have paid that much for such a short excursion at home but, having decided we wanted to do it, they could have charged pretty much what they wanted. The helicopter took off from the Downtown Manhattan Heliport, pier six, opposite the New York Vietnam Veterans Memorial Plaza at the southern end of Manhattan.  The helicopter itself was enjoyable enough on its own but the views were spectacular. We flew around the Statue of Liberty and over Ellis Island before being taken up the Hudson River along the west side of Manhattan. We flew past piers including a sports field sticking out in to the Hudson River, a golf driving range and the pier where the Titanic was due to have docked in 1912. I was able to take aerial photos of the new One World Trade Center building, The Empire State Building and a video of Manhattan up as far as the southern half of Central Park which is where we turned around and headed back to the landing pad. Fortunately, the weather was excellent that day.

This was the helicopter tour which I took: https://heliny.com/

You can also take a look at other options to choose from, here: http://www.freetoursbyfoot.com/which-new-york-helicopter-tour-is-best/ 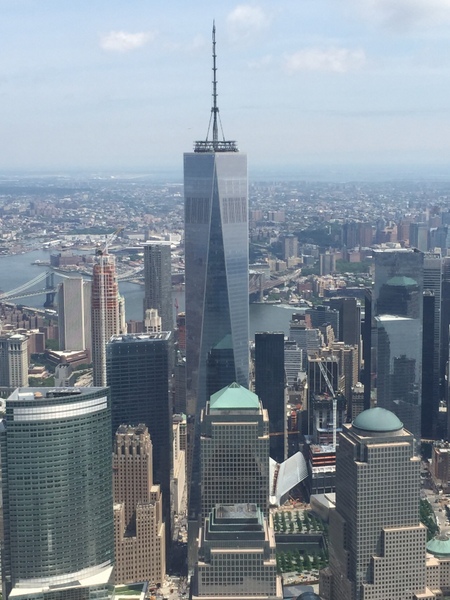 As for safety, I can honestly say that we never felt uncomfortable or threatened during our stay. We took the usual precautions of keeping bags zipped up, wallet in a front pocket, phones not sticking out of our pockets etc. We also used the safe in our hotel room so we didn’t have to walk around with too much money or our passports. You should always be aware of your surroundings and I was probably more vigilant than usual on the subway in the evening, but generally, we felt safe throughout the week. Following the zero tolerance policy adopted in the 1990s, the crime rate has fallen dramatically and New York is now a much safer place.

Visiting New York is certainly a memorable experience and made a fantastic birthday present. We had a very full week and there was still so much that we didn’t have time to see. Maybe another time….. 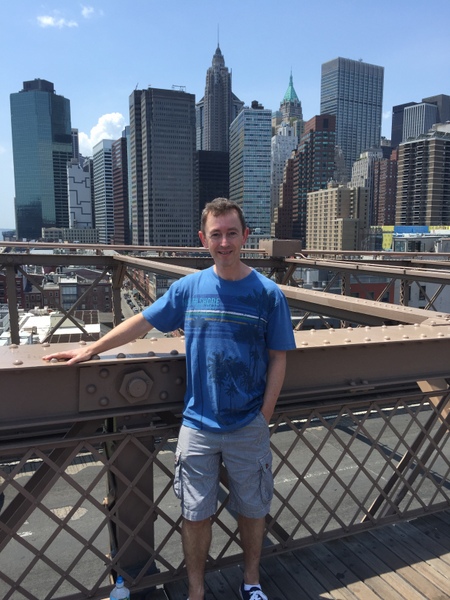 Whether you’re lucky enough to be heading off to the multitude of attractions that this vibrant city has to offer, or you’re heading somewhere more tranquil and relaxed. don’t forget to pack your travel insurance! No matter where you’re heading, comprehensive travel insurance can soften the financial blow and lessen the worry when you suffer a misfortune such as having your bag stolen or losing a filling when taking a bite of a delicious local delicacy, travel insurance can help take care of the additional costs generated. 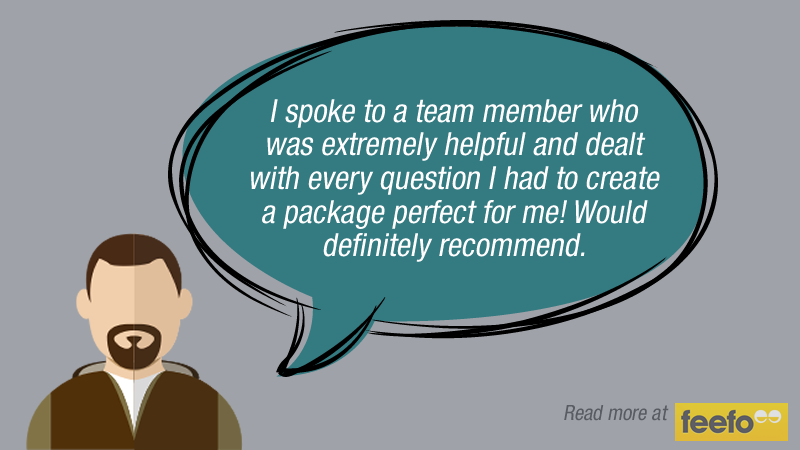