On a visit to Yorkshire last summer, we discovered the wonderful Nidderdale Llamas at Kiln Farm, Wilsill, 11 miles North West of Harrogate. To be honest, my wife found out about them and suggested we try it as it would not have occurred to me. I’m glad she did, though, as it was a brilliant experience. The friendly staff offer visitors the opportunity of taking one of the farm’s llamas or alpacas for a walk around the farm and country roads, enjoying the company of your new found friend as well as spectacular views across the Yorkshire countryside. In fact, Nidderdale Llamas is ranked by Trip Advisor, as the number one activity in and around Harrogate.

There are two Experience Options and three Trek Options available, as follows, lasting for between 1 hour 45 minutes and a full day.

On arrival at the farm, we went in to a barn area and met six or seven other families/couples whom we were to join on the trek. You can choose whether you have a llama each or one llama between two (which we chose). We were then introduced to the llamas (and Gary the Alpaca) and given a lesson on how to treat them and look after them. Yes, they do spit, but these boys and girls have been well trained and are very thoughtful. They have been trained not to spit at people (unless you really annoy them). We did see Noodle, the teenager, annoying his older companions who showed their annoyance by folding their ears back, which they do before spitting.

Each one has their own personality, and Suzanne, our host, matches each llama to an appropriate family. We were teamed up with Gus, the quiet one. He was well behaved and a true gentleman, even though his breath was a bit whiffy! After the formal introductions were complete, we, and our furry friends, were arranged in to single file (the llamas get used to following each other in a certain order) and we set off on our walk. Gus had a bridle with a length of rope attached to it which we used to lead him. It really was relaxing enjoying the fresh air and the amazing views. 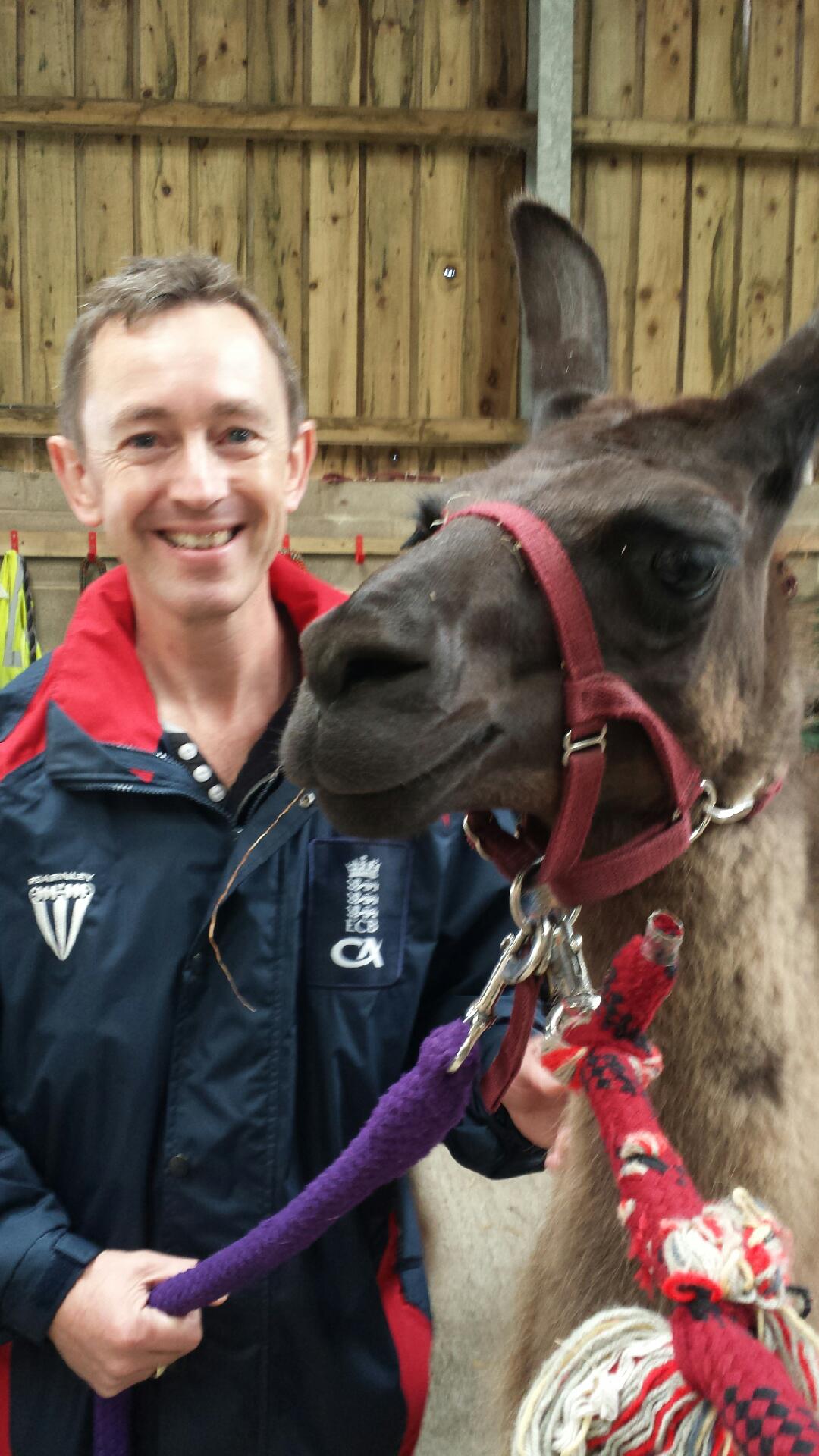 It is advisable to wear some sturdy walking shoes as the terrain is uneven in places and there are some narrow inclines where there is only room for one walker leading their llama behind them. This is where I found out how bad Gus’ breath was as his head appeared over my shoulder. Be prepared too for the llamas to pull towards hedges for a snack or to try and roll about in the bushes. At one point, our convoy went out of the fields and on to a country road. We were told that Gus can be a bit nervous when there is traffic coming from behind him and he cannot see it but he was easy to calm down by stroking his neck and using a few calming words.

And so, back to the farm for coffee, cakes and the chance to buy some souvenirs of a fantastic afternoon with Gus, Gary, Ike, Morgan, Chester and friends. We both thoroughly enjoyed our afternoon with the llamas and Suzanne’s love and enthusiasm for the animals helped to make the occasion. It was easy to see why they are rated so highly on Trip Advisor.